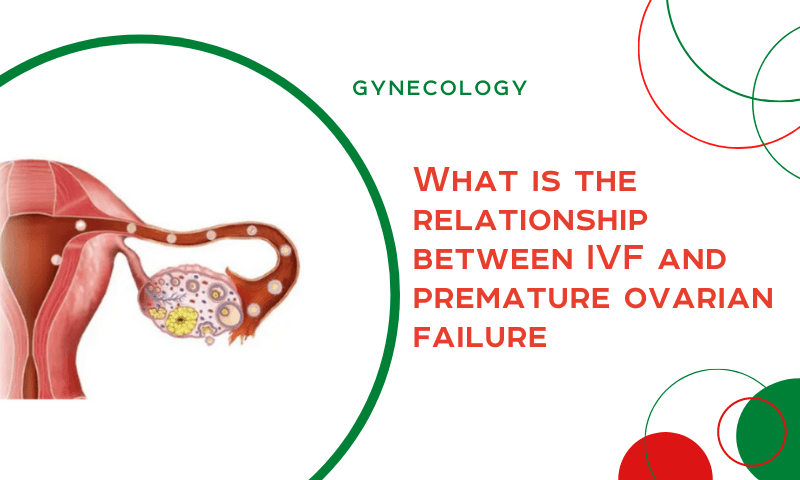 What is the relationship between IVF and premature ovarian failure

When seeking advice from a fertility specialist , many women ask the same burning question: “what are the risks of developing premature ovarian depletion after I join the IVF program. ” The worries of the patients are quite justified, given the not very large amount of information on this matter and the many rumors.

Fear of hormonal disorders and early menopause forces women to refuse to perform IVF procedures with hormonal stimulation. How justified is this and does hormone therapy really lead to early menopause?

In this article, we will try to give answers to the most frequent questions regarding the likelihood of premature ovarian failure and the effectiveness of IVF in a spontaneous cycle.

To begin with, it is worth remembering the elementary physiology and the process of natural formation of follicles in the ovaries of a future woman.

Every month, the female body in the first half of the menstrual cycle forms about 30 follicles, which can further become preovulatory. But this does not happen, since the middle of the phase decreases the level of follicle-stimulating hormone, which makes it possible for only one dominant follicle to develop, and the rest stop their growth and development.

This situation can normally be observed every month, in the natural course of the menstrual cycle. No matter how many follicles begin to grow, ovulation occurs in only one. Understanding this natural process for every woman is extremely important for stimulating the ART cycle.

Hormonal stimulation during the program of assisted reproductive technologies allows maintaining the level of follicle-stimulating hormone necessary for oocyte growth. Roughly speaking, only those eggs are used that would have died in this cycle without stimulation. That is, ART programs do not use anything superfluous, but only allow those follicles that are already ready for this process to develop.

Such a simple course of the processes of female physiology and hormonal stimulation within the framework of ART provides an answer to the exciting question about the impossibility of early ovarian depletion as a result of the IVF procedure.

IVF in a spontaneous cycle

As already noted, many women, for fear of hormonal stimulation or for other reasons, refuse to undergo hormone-dependent procedures in favor of IVF in a spontaneous cycle.

As many years of experience and statistics collected by doctors from all over the world show, ART in a spontaneous cycle is much lower in efficiency than similar procedures using hormonal therapy. And that’s why:

Natural cycle ART programs are indicated for patients who, for various reasons, cannot use hormones. However, given the relatively high cost of IVF in a spontaneous cycle, we can say that most often “the game is not worth the candle”.

To carry out such a program, small doses of follicle-stimulating hormone are used, which allows three or four follicles to develop simultaneously.

It should be noted that procedures with minimal stimulation are in great demand in foreign reproductive centers. Small doses of hormones minimize the occurrence of possible complications:

But, the question of the advisability of such a procedure should be decided only by a qualified specialist who can assess all the woman’s chances of pregnancy. What is the woman’s age, how large is her follicular reserve, whether there have been successful pregnancies before, etc.

Summing up, we can say that the premature depletion of sources is a real process that can start in the female body under the influence of many factors, among which heredity is not the last. Nowadays, all the reasons that lead to the early onset of menopause are not yet fully understood. These can be both psychogenic factors, when premature ovarian depletion occurs due to a severe nervous shock, and physiological, when the autoimmune processes existing in the body have a negative effect on follicular tissues.

The most common factor in the occurrence of premature ovarian aging is iatrogenic, that is, when the follicular reserve is lost prematurely due to various complex surgical interventions, during chemotherapy or radiation therapy, etc.

Many women postpone their dream of becoming a mother because of the fear of hormone therapy, which they believe can lead to unwanted consequences. We advise you not to trust rumors, but it is better to ask all your questions to the reproductive physician and get detailed and scientifically confirmed answers about the ART procedures with hormonal stimulation.