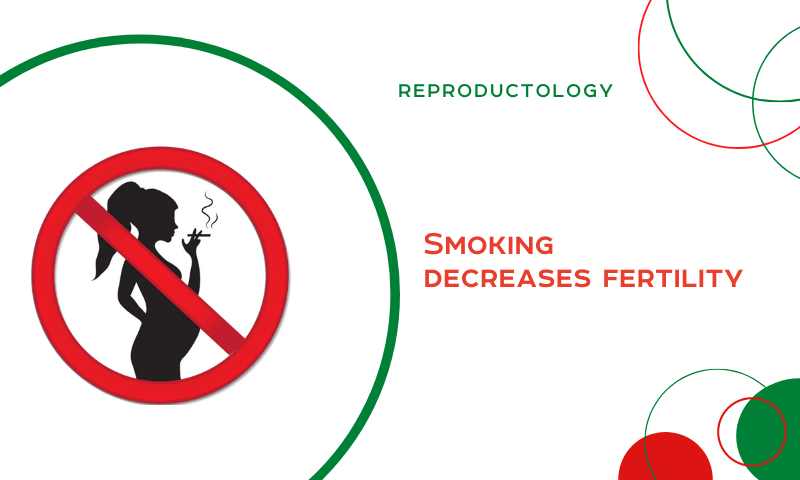 New researches show how daily or even irregular cigarette use can adversely affect the ability to conceive.

Even before pregnancy occurs, the toxins in the body of a smoker can have a big impact on the process of conceiving a child. Studies have shown that smoking cigarettes reduces sperm motility in men, and even if such patients have a successful conception, their male children will have lower sperm concentration as they become adults.

A Portuguese systematic review of the effect of smoking on the reproductive function of women showed that tobacco constituents negatively affect the maturation of ovarian follicles, this effect is more often observed with artificial insemination (IVF). The uterus of a woman who smokes is also less susceptible to conception.

Today, men between the ages of 30 and 40 suffer from the effects of nicotine poisoning they received in the womb. Now one in eight mothers smokes during pregnancy or breastfeeding, but in the 70s and 80s of the 20th century, this number was much higher, since the negative consequences of smoking were still unknown.

During the experiment, Australian scientists used mice that, before giving birth, inhaled cigarette smoke, the amount of which for a person is equivalent to one smoked pack. After examining the offspring of these mice, the scientists found that the males produced much less sperm, which, moreover, was of poor quality. Although the study was conducted only in rodents, scientists say the results are applicable to women. “We already know that smoking during pregnancy harms the baby in the womb. These babies are often born already weakened and vulnerable to disease, says Professor Eileen McLaughlin, co-founder of the Newcastle University Research Center in New South Wales. “Our study used mice that were exposed to cigarette smoke to simulate smoking during pregnancy and lactation. The results we obtained showed that the cubs born from “smoking” mothers had less sperm and it was of lower quality – the ejaculate was dominated by sperm of an abnormal shape, which were not sufficiently mobile and did not bind to the eggs. Thus, for the first time, we were able to convincingly prove that smoking during pregnancy damages the reproductive organs of the fetus, as a result of which they produce damaged sperm.” The researchers emphasized that the mothers’ bad habit also affects those men who, in adulthood or adolescence, have never touched a cigarette.
Even if smoking does not interfere with conception, chemicals circulating in a smoker’s circulatory system have a negative effect on fetal health.

One study in Poland found that mothers who smoke during pregnancy have an increased risk of miscarriages, premature birth and premature placental abruption, as well as greater risks of delayed fetal development and lower fertility rates. A UK study found that women who smoke were less likely to become pregnant and had a higher chance of miscarriage than nonsmokers. In the course of the same study, it was found that carbon monoxide in the body of a smoker reduces oxygen levels for the fetus, which increases the risk of miscarriage. Decreased oxygen levels also lead to mental problems in children.
If you are hoping to have a healthy baby, now is the best time to kick this habit!