RESTORATION OF ENDOMETRIAL FUNCTIONAL ACTIVITY IN PATIENTS WITH INFERTILITY

Infertility remains one of the most important medical and social problems. To date, it is recognized that in the most difficult medical situations, the treatment of female infertility is accelerated by assisted reproductive technologies (ART) – this is the most effective method for problems with conception.

To determine exactly the reasons for infertility doctors advise men also have to pass the relevant surveys in urology (Odessa).

Introduction of an embryo into a uterine cavity at ART cannot be considered completely physiological, also today it is impossible to consider all features and conditions in which there is a migration and implantation of an embryo in an endometrium.

Despite advances in understanding the mechanisms of implantation, a number of issues remain related to transformations in the secretory endometrium, the establishment of embryo interaction and endometrial receptivity, including in patients with a history of failed ART attempts.

In this regard, we conducted a comprehensive study of the endometrium in 80 patients with a history of unsuccessful ART attempts and in 60 women with a successful attempt, who became pregnant due to ART.

The beginning of the implantation window is characterized by changes in the morphology of endometrial epithelial cells and the formation of foams on the lumen of the epithelium. Pinopodia are dome-shaped protrusions that flow from the apical membrane of the lumen of the uterine epithelium. Developed foams are protrusions that reach their maximum size and form folds, resembling flowers or mushrooms, the number of short, thick microvilli on them decreases sharply or in most cases the microvilli disappear completely. Common features of the formation of foam in the endometrium of women with good responses with unsuccessful attempts at ART in the anamnesis are a decrease in the number of developed foam, an increase in the number of developing foam; the presence of areas of absence of foams often occurs; mosaicism of their size, shape and stage of development.

It is established that the use of immunohistochemical study of the presence of syndecane-1 increases the possibility of detecting plasma cells in endometrial samples and allows to distinguish them from plasmacytoid stromal cells. In women with the last unsuccessful attempt at ART, the content in the endometrium of syndecane-1 (CD138 +) and Ki-67 is significantly higher than in women with a successful attempt, while the number of apoptotic cells is reduced.

In the case when for the pair the treatment is hard, some of them use surrogate maternity. The price of this service is negotiated at the appontment.

Methods of treatment for endometrial disorders

Based on the above study, we developed and implemented a scheme for diagnosis and correction of the functional state of the endometrium in patients with unsuccessful attempts at ART. To assess its effectiveness, women with a history of unsuccessful ART attempts received treatment, namely 40 patients – the proposed treatment, another 40 women – traditional.

The proposed scheme is as follows. Patients with a history of implantation failure should assess the functional status of the endometrium, which includes the following studies: determination of estrogen and progesterone receptors; CD69 + NK cells; syndecane-1 (CD138 +); the nature of the formation of foams, the severity of proliferation (Ki-67).

Therapeutic and preventive measures are prescribed depending on the identified changes. Thus, chronic endometritis is an indication for the appointment of Inflamafertin, Distreptase, Fastin, vitamin E. According to the evidence, cyclic hormone therapy, physiotherapy procedures are recommended. At hyperplastic processes of an endometrium a course of hormone therapy by gestagens (lutein), regulon, diferelin is necessary. Impaired immune reactivity indicates the feasibility of prescribing Galavit. At morphofunctional mismatch of an endometrium to a phase of a menstrual cycle in day of the expected window of implantation cyclic hormonal therapy is recommended. In case of impaired expression of steroid hormone receptors, diferelin and cyclic hormone therapy are prescribed.

After consulting a doctor, many couples also choose intrauterine insemination, the cost in Ukraine is available for many families. 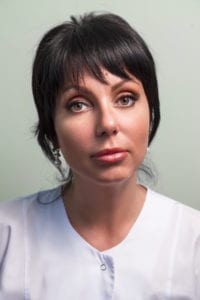 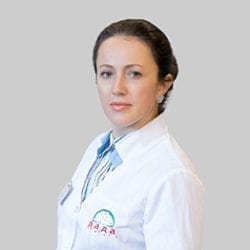 Chernenko Inna
Doctor Obstetrician-gynecologist of the first category. The doctor of ultrasound of the highest category.
Next post
New reproductive techniques ICSI / PICSI