Thyroid dysfunction is one of the most common diseases among people of reproductive age. The thyroid gland does not belong to the human reproductive system, however, its hormones affect the synthesis of sex hormones in both women and men. Problems with the thyroid gland during pregnancy are very dangerous for both mother and baby. Often, infertile women are diagnosed with hypothyroidism (a condition in which the thyroid gland does not produce enough hormones). With hypothyroidism, the risk of a missed pregnancy, miscarriage, stillbirth, or the birth of a mentally retarded child increases.

If a woman has hyperthyroidism (the opposite condition in which an excess amount of hormones is produced), the risk of premature birth, low fetal weight increases, and malformations in the baby are also possible.

The link between normal thyroid function and conception is clear.

Lack of thyroid hormones leads to an increase in the level of the male sex hormone testosterone, which suppresses ovulation in women, menstruation.

Then, the concentration of blood prolactin increases. With an elevated prolactin level, menstruation stops. In the absence of menstruation, ovulation does not occur, so it is not possible to conceive a child.

The laying of all organs of the unborn baby takes place in the first trimester of pregnancy. And until the child’s thyroid gland is formed, it works “at the expense” of his mother, therefore babies during this period are extremely sensitive to the lack or excess of the mother’s thyroid hormones.

Until recently, experts believed that the thyroid gland and its hormones do not affect male strength and ability to reproduce. Recent research, however, proves otherwise. Male infertility can be caused by problems with the thyroid gland, in particular hypothyroidism. In men, of course, this disease is less common than in women, but it still happens.

The thyroid gland is the largest endocrine gland in the human body. It controls the endocrine system and all metabolic processes in the body.

With hypothyroidism, a deficiency of the thyroid hormone develops and, as a result, there is a lack of sex hormones. As a result, the entire genitourinary system fails, which leads to male infertility.

A woman may ask a question: “How can you suspect a thyroid disease without waiting for problems with conception?”

If you pay close attention to yourself, listen to your well-being, observe external changes, then, of course, you can. The first sign of hyperthyroidism is mood imbalance. Others sometimes attribute to such people a tendency to hysteria or a bad temper, but this is not so. The point is in the excess amount of hormones produced. In addition to changes in mood, there is tearfulness, increased sweating. Outwardly, such patients do not seem sick. They have a pleasant blush on their cheeks, velvety skin. Sometimes they look even younger than their age.

There are other symptoms as well. The eye slits seem to be more expressive, wide, which is popularly called pop-eyes. There is an increased glitter of the eyes, the upper eyelid cannot completely cover the eye, unfriendly work of the pupils. Sometimes the eyes of the patients seem to be angry. You might think that the patient is dissatisfied with something, scared. In addition, those who come to the reception complain of weight loss with increased appetite. A tendency to profuse diarrhea becomes frequent, cardiopathy is observed, which subsequently leads to heart failure. Shortness of breath, severe fatigue appears. Many have liver damage.

With hypofunction, everything is exactly the opposite: patients become obese, drowsy, all their actions are slowed down. Getting out of the chair is a problem for such people. Their speech is inhibited, often the same applies to mental activity. The elbows are rounded, the pulse becomes rare, the pressure decreases.

IVF will help solve the problem of infertility, if any, only after the normalization of hormonal levels.

There are often cases when the thyroid gland does not allow to enter the IVF protocol at all, so the procedure has to be postponed for several months or even for a whole year.

Hypothyroidism is a more favorable situation for the onset of pregnancy, compared to hyperthyroidism, and IVF in this case can be performed in 1-2 months.

This is how long it will take to select thyroid hormone replacement therapy and normalize the level of TSH in the blood (the pituitary hormone that regulates the secretion of thyroxine and triiodothyronine).

Thyrotoxicosis requires more prolonged treatment, and it is impossible to enter into the IVF protocol with this disease.

Increased thyroid function does not always reduce the likelihood of fertilization, but thyrotoxicosis significantly increases the chances of:

Therefore, you must first normalize the hormonal background, and only then become pregnant.

Which methods of treatment to apply in each specific case can only be prescribed by a doctor, and the sooner the treatment begins, the sooner you will forget about this problem. 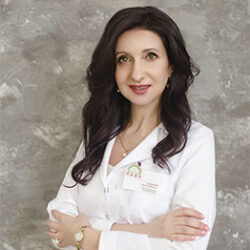