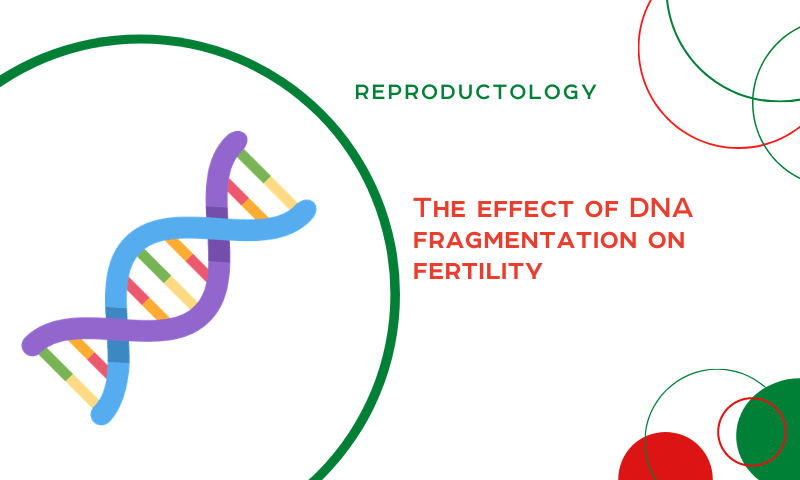 Effects of DNA fragmentation on fertility

The study of male fertility is carried out in a comprehensive manner using a number of multidirectional tests. This is the only way to get a complete picture of the state of the male reproductive system.
One of the important tests is to check the integrity of the genetic material. There is a special test to detect chromosomal abnormalities. Spermogram as the main method of diagnosis and identification of male factor of infertility, assesses the concentration, mobility and morphology of germ cells However, this test does not provide information about the structure of the genetic (hereditary) material. According to statistics, in 25% of cases with normal spermogram values, the test for structural disorders detects abnormalities.

During fertilization, the sperm transmits its genetic material in the form of DNA molecules into the egg. Each consists of two polynucleotide chains twisted into a double helix. DNA programs with coded hereditary information of the mother and father must connect. This happens during the normal development of the embryo.
Sperm DNA fragmentation is the presence of breaks in polynucleotide strands, one or both, in the sperm DNA molecules. Violation of the structural integrity of the hereditary material can be natural as a consequence of apoptosis – programmed cell death. This is part of the healthy functions of the body, so there is always some DNA breakage in the semen. But the more such damage in the molecules, the lower the chances of successful fertilization. Therefore, when the number of ruptures exceeds the permissible level, they speak of the presence of pathology.
The indicator that determines the proportion of sperm with DNA breaks is called the fragmentation index. In men with healthy fertility, it does not exceed 15%. If the indicator reaches 30% and even more so exceeds this level, the patient is diagnosed with infertility.

Urology and andrology are involved in the diagnosis and treatment of the disorder. The mechanisms of the onset and development of this pathology continue to be investigated. A number of factors causing microdamage to DNA molecules in spermatozoa are known. It:

Science continues to investigate the impact of various pathologies on the fragmentation rate. To date, it is known that in patients with asthenozoospermia, the index of structural abnormalities in sperm DNA is, on average, 40%. Therefore, although the spermogram does not reveal the integrity of chromosomal structures, changes in it often become the reason for the appointment of an analysis for fragmentation.
Breaks in DNA molecules directly affect the fertilizing ability of sperm. Such fragmentation consequences are possible.

First of all, it is necessary to establish the cause of the pathology. In most cases, fixing it will solve the problem completely. Most of the factors that affect DNA structure also affect other characteristics of the sperm. Therefore, it is necessary to treat male infertility in a comprehensive manner, focusing on an increase in the fragmentation index and an improvement in spermogram indicators.
In some cases, it is not possible to restore healthy indicators of DNA molecules. Despite the improvement in morphology, concentration, sperm motility after treatment. In this case, artificial insemination is used. There are two ways to overcome high fragmentation.

These approaches help to carry out successful IVF in male infertility due to DNA disorders.