Everything that leads to the arrival of a new person into this world is pious, ethical and morally acceptable, regardless of the place and method of conception…

Egg Donation – the use of donated eggs in the ART cycle for a woman who (for some reason) does not have her own, or they not suitable for fertilization.

Surrogacy – embryos are carried not by the biological mother, but by another woman.

PGS and PGD (preimplantation genetic diagnosis, screening) – analysis of the genetic material of the embryo by biopsy of the blastomere on day 3, or trophectoderm on the 5th day, selection of genetically healthy embryos and their transfer into the uterine cavity. 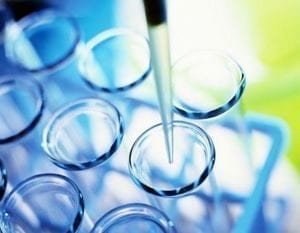 Numerous works show the absence of the effect of ART on children’s health. However, parental illnesses, including semen abnormalities, can themselves affect children’s health. In order to prevent this, genetic studies are being carried out. Pregravid counseling and preparation of couples, lifestyle before conception and during pregnancy, medical genetic counseling for couples who are at increased risk of having children with genetic disorders, PGD – all this plays a key role in the birth of healthy offspring.

The LADA clinic is provided with high quality equipment. New innovative equipment in the embryological laboratory is part of the successful and effective work when using assisted reproductive technologies. Tablet incubators of the new generation have chambers completely independent from each other, operate on a mixture of gases, and have the function of controlling the required percentage of oxygen in the air circulating in the chambers with embryos. Fast recovery function (from 1 to 3 minutes), such important parameters as temperature and gas composition in the chamber after opening. The modern workstation of the embryologist is designed with the requirements for a high level of control over the environmental conditions and provides complete safety for the biomaterial during various manipulations in the work of the embryologist, which is achieved using laminar air flow with pre-filtration, before entering the working surface, which has a heating function and cooling. Also, today, such workstations are equipped with the latest generation of integrated computers and microscope. Equipment of such a high class helps the embryologist to work, not only reliably and safely, but also helps to increase efficiency (when receiving the final result).

Did you know that the British Parliament has allowed mitochondrial donation! The proposed procedure is directed against genetic diseases that are caused by mutations in the DNA contained not in the cell nucleus, but in the mitochondria. Some of these diseases lead to the death of the child or life-long disability. Therefore, doctors suggest, in case of detection of dangerous mutations in the mother’s mitochondrial DNA, to use a donor egg from another woman, removing the nucleus from it and inserting the nucleus from the mother’s egg. Then carry out the usual in vitro fertilization and implant the embryo in the mother’s body. 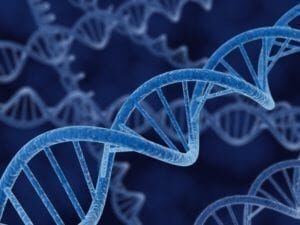 For the first time in the world, the CRISP / Cas 9 technology for modifying human embryos was applied by researchers from Sun Yat-sen University in Guangzhou. Their article in «Protein&Cell» magazine was published in April 2015. The researchers used 86 fertilized eggs as starting material, of which 71 survived the procedure. As it turned out, Cas 9 found and introduced a break in the right place in DNA only in half of the cases, while only in four cases this break was successfully replaced with the “correct” sequence. As the authors of the article admit, they were surprised at the low efficiency of the procedure, which usually works well in animals, and believe that the technology requires significant modification before its practical application for editing embryos will be possible.