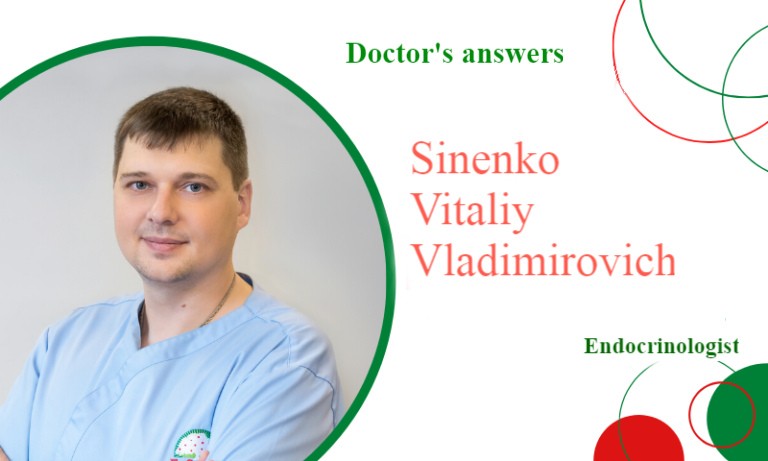 Answers to questions from the embryologist Sinenko Vitaliy Vladimirovich

Please tell us about the quality of embryos after defrosting.

Cryopreservation is carried out according to a special protocol and does not have a detrimental effect on the quality of embryos. Frozen embryos can be stored for more than 10 years, without any changes. Today we can see the real facts of the birth of absolutely healthy children whose embryos have been in the cryo bank for several years. Today it is one of the best storage methods for both embryos and eggs, and sperm.

How many embryos does your clinic freeze in one stick?

A “stick” or special straw (cryo carrier) serves specifically for storing embryos in liquid nitrogen. We freeze 1 embryo per straw. In case there is a need, the attending reproductive surgeon stipulates the option of freezing two embryos on one cryo carrier.

How are embryos stored so that later they don’t defrost everything?

As mentioned above, embryos are stored on cryo carriers one or two, therefore, for each protocol, only the required amount is thawed, most often 1 embryo. The remaining embryos remain intact in the cryo storage.

Can frozen embryos be checked?

The quality of the embryo is checked before and after freezing. In a cryo state, this cannot be done.

What class should an embryo be for implantation?

Each embryo is evaluated for several factors. And already from their totality it is determined how good an embryo we have. Consider factors such as:

– Dynamics of embryo development every day.

– The degree of maturity of the blastocyst.

For implantation, embryos of the highest quality are chosen, as the chance of pregnancy depends on this in many respects.

However, for successful implantation and further pregnancy, there are many factors: from the correct stimulation, the health of the parents to the special support after the transfer of the embryo. Therefore, even with an average quality of the embryo, it is quite possible to get the desired pregnancy and give birth to a healthy baby.

How many daytime embryos do you tolerate and the higher odds for which embryos?

We mainly carry 5-day-old embryos. However, there are cases when embryos at the crushing stage (2-3 days) are recommended for transfer.

Studies show that the maximum percentage of pregnancy, as well as the birth of children gives a transfer at the blastocyst stage (5 days)

Embryos by class, how do they differ?

On the fifth day after fertilization, a blastocyst is formed. It is characterized by the presence of ECM (intracellular mass) and the surrounding cell – trophectoderm.

Blastocyst is evaluated by several parameters:

– The first degree is an early blastocyst, the blastocyst cavity is less than half the volume of the embryo

– The second degree – when the blastocyst cavity is more than half the volume of the embryo.

– Third degree or complete blastocyst. The cavity occupies the entire volume of the embryo.

– The fourth degree is an expanded blastocyst. The blastocyst cavity becomes larger and begins to thin out ZP (Zona Pellucida or shiny coat).

– The fifth degree is the stage when the trophectoderm begins to penetrate through ZP.

The quality of intracellular mass:

– class A – tightly packed with lots of cells.

– class B – a looser grouping of the average number of cells.

The quality of trophectoderm:

– class A is a lot of cells that form trophectoderm.

– class C is a small number of large cells.

Based on the totality of assessments, a general assessment of the quality of the embryo is formed

Do you describe daily development in an embryolist?

The development of embryos is described in the stimulation sheet, where we give a complete description of each day of development from the beginning of fertilization to cryopreservation.

Does the embryo biopsy have any consequences on genetics?

An embryo biopsy is performed in such a way that it does not adversely affect the embryo. For analysis, it is necessary to obtain only a few cells, while these are trophectoderm cells – the surface layer, without touching the ECM (intracellular mass), the procedure is performed by experienced embryologists, using high-quality equipment, with fixing all the manipulations.

Is genetic testing dangerous? Does the embryo biopsy have any consequences on genetics?

Genetic analysis is absolutely safe. After a biopsy, no changes or genetic malfunctions occur.

Is it possible with IVF to get twins of different sexes?

There are two possible options for the development of the situation. Most often, when transferring two blastocysts, two fruits can develop. That makes it possible to bear and give birth to twins of different sexes.

The second case is during the transfer of one blastocyst, during pregnancy, the process of division occurs and you have identical twins. But this probability is quite small. So, if the selective transfer of one embryo was performed, you will have one baby.

Is the sperm and cervical mucus contact test informative? What day do you do this analysis?

As is known, for fertilization to occur, sperm must overcome a huge path through the vagina, cervical canal, uterine cavity and fallopian tubes.

A test contact allows you to determine the ability of sperm to pass through a woman’s cervical mucus. On the days of ovulation, the mucus in the cervical canal changes its consistency for better passage of sperm.

The most successful and favorable period is considered to be from the 9th day of the menstrual cycle (with a 28-day cycle).

Difference between ICSI and PIXY?

During the ICSI procedure, the embryologist has the ability to selectively select sperm cells based on morphological characteristics (in appearance). And with the PIXI procedure, the selection of sperm occurs using a special analysis, which makes it possible to determine the degree of sperm maturity. PIXY procedure gives a higher percentage of blastocyst output.

Who monitors egg freezing? If for 5 years. If there is an expiration date of eggs during freezing?

The embryologist freezes the eggs, strictly following the protocol, which guarantees the safety of oocytes for a long time. Usually, a shelf life of up to 5 years is chosen, in rare cases, up to 7 years.

Where are eggs stored during freezing?
The eggs are stored on cryocarriers that are placed in liquid nitrogen. The Dewar vessel with biomaterial is located directly in our clinic, under the control of embryologists.