Male infertility and its causes Male infertility is a violation of male reproductive function, which is expressed in the quantitative or qualitative change in sperm. They are either too few or too weak to reach the egg and fertilize it.

Varieties of inability to conceive are determined by anatomical and functional features.

Excretory infertility is caused by obstruction of the passage of spermatozoa through the vas deferens.

Autoimmune infertility the body perceives its own spermatozoa as a foreign protein and produces antibodies to him.

Combined infertility is observed when sperm maturation is impaired and there are obstacles to ejaculation ( erectile dysfunction, for example).

One of the most common factors causing male infertility are inflammatory diseases of the genitourinary system, as a rule – sexually transmitted infections (STDs).

Endocrine pathology. A decrease in testosterone levels in hypogonadism (underdevelopment of the gonads) can be caused both by dysfunction of the testicles and by a violation of the regulatory mechanisms of hormone production at the level of the pituitary gland.

Varicocele , or varicose veins of the plexus plexus of the testicles, – pathology, predominantly occurring in adolescents.

General somatic pathology . Serious diseases such as renal failure and liver cirrhosis lead to impaired testosterone production and, as a result, infertility.

some medications: antidepressants, hormones, some antibiotics.

Under the influence of these factors, the spermatogenic epithelium is damaged, and accordingly, sperm production decreases. Long-term stress also matters: under its influence, the synthesis of sex hormones decreases. 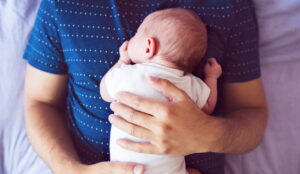