We will tell you about follicle puncture and methods of pain relief. 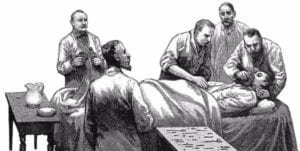 Even doctors of the ancient world tried to find effective methods of pain relief, trying various methods, and not rarely on themselves.

In Egypt, a memphis stone (a type of marble) with vinegar was rubbed into the skin, as a result of which carbon dioxide was released, and local cooling occurred. Hippocrates, for the purpose of anesthesia, gave hemp vapor to inhale, and in the II century A.D. the famous Chinese doctor Hua Tuo during operations gave patients as anesthesia a mixture of wine and cannabis pounded into powder he invented. 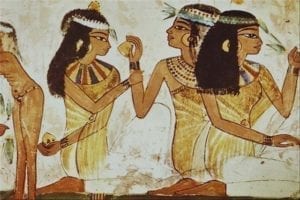 In the Middle Ages, sleep sponges began to be used for pain relief; it was a kind of inhalation anesthesia. The sponge was impregnated with a mixture of opium, henbane, mulberry juice, lettuce, hemlock, mandrake, ivy. After that, it was dried. During the operation, the sponge was moistened and the patient inhaled vapors.

However, anesthesiology as a science was born in the 19th century and the American William Morton is considered its father. Meanwhile, the science of reproductive medicine has its origins in the late 19th century, and since the middle of the 20th century has been actively introduced into life. By this time, the methods of anesthesia are being improved and today we use local and general anesthesia for many manipulations in reproductive medicine, for example, when puncture of follicles. 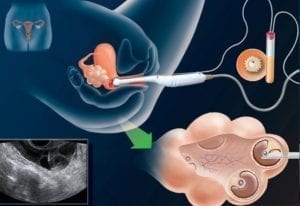 Follicle puncture is the process of obtaining eggs from the ovaries ready for fertilization with a special needle with an ultrasound probe. The whole procedure lasts no more than half an hour, but due to the fact that a small puncture is made through the vagina, one of the most sensitive areas of the human body, the puncture is not painful, therefore, anesthesia is usually used in the form of short-term anesthesia. This is necessary to ensure the maximum possible convenience for both the patient and the doctor for the high-quality collection of all mature eggs. There are some guidelines for this procedure. So, for example, a few days before the puncture, you must refrain from sexual intercourse. For several days before and after the puncture of the follicles, it is recommended to eat more proteins and drink plenty of fluids, as well as to exclude foods that promote fermentation and bloating (flour, vegetables, fruits). On the eve, a hearty dinner is not recommended, and you should come to the puncture procedure on an empty stomach.

It is worth noting that although short-term general anesthesia is the gold standard, not everyone can apply it. Contraindications to anesthesia on the part of the cardiovascular system arise in acute myocardial infarction, which happened no more than six months ago, in the case of heart failure, increased shortness of breath, weakness and increased edema in the legs. On the part of the respiratory system, contraindications to anesthesia can be caused by exacerbations of bronchial asthma, chronic bronchitis and pneumonia. In these cases, local anesthesia is preferred.

Follicular puncture should not be perceived by patients as a surgical operation. Puncture is closer in nature to the procedure for taking blood from the ulnar vein than to surgery, despite anesthesia. The manipulation is carried out under ultrasound control, so the risk of damage to the tissues surrounding the ovary, including nerves or blood vessels, is practically excluded.

After the puncture, you will need peace and tranquility, as well as patience, because then you will have a long-awaited motherhood.

Next post
We have a replenishment: the Octax NaviLase laser system